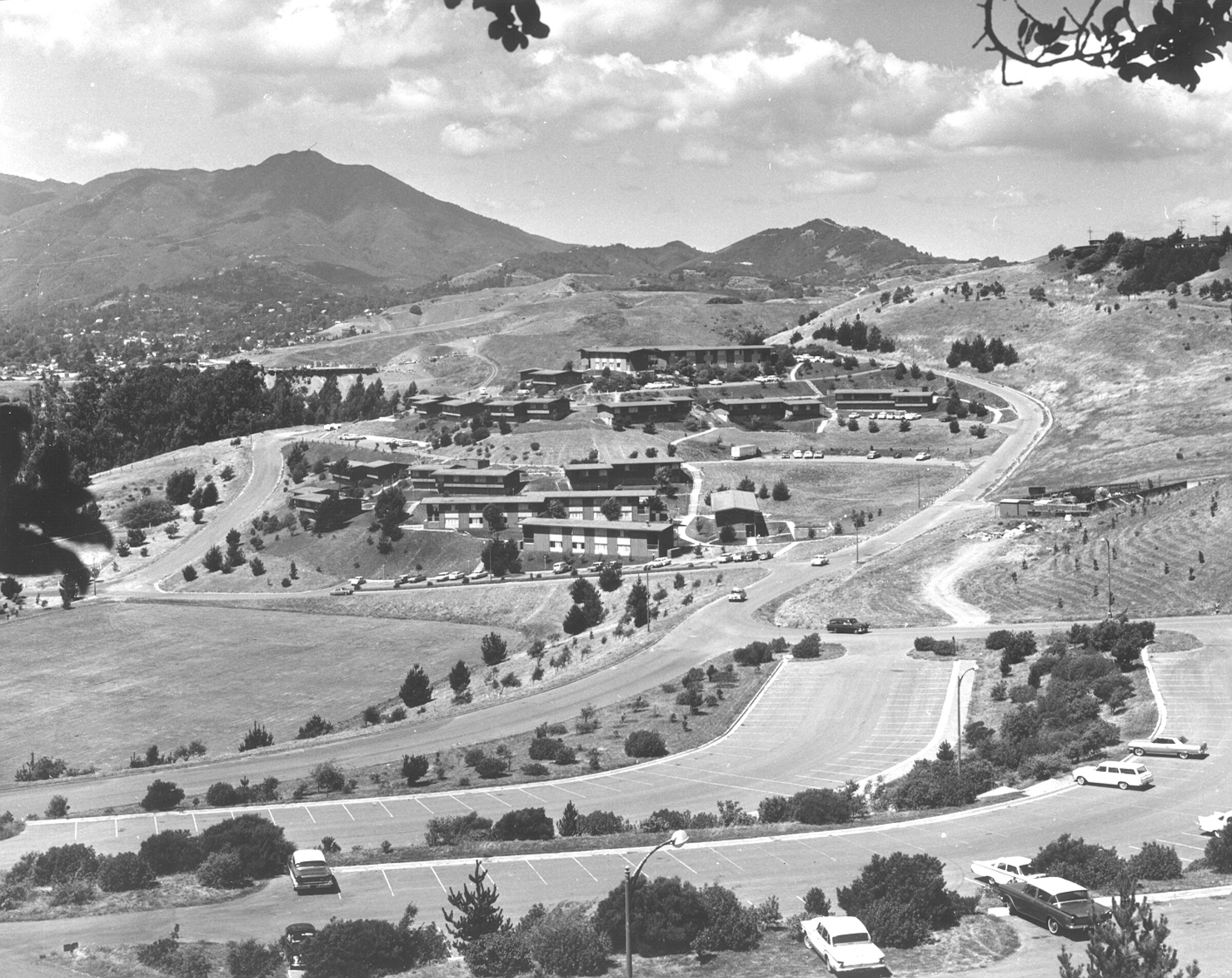 The desire to provide training for Christian workers to minister to the masses in California led Harvey Gilbert, a Southern Baptist home missionary, to establish the San Rafael Baptist Institute in 1859 in Marin County. Many people hoped the fledgling institute would soon become a Baptist theological school. This expectation, however, did not materialize and the school closed after a few years.

Soon after, the Southern Baptist Convention withdrew all support for California work and the churches and institutes it sponsored either disappeared or found other affiliations.

When Southern Baptists again began establishing churches in California, the first in 1936, the same need for a theological school was speedily recognized. It became apparent the Convention would soon have a growing work in all of the western states.

Harvey Gilbert's dream of 1859 had begun to live again in Baptist hearts, and no one carried that dream more intensely than Isam B. Hodges. While a student at Southwestern Baptist Theological Seminary in Fort Worth, Texas, Hodges came to the conviction that it was God's will for him to begin a seminary in the West. In 1935, nine years after his graduation from seminary, he finally arrived in California. Two years later he became pastor of the Golden Gate Baptist Church in Oakland.

Following the organization of the Southern Baptist General Convention of California in 1940, Hodges determined that the time was ripe to launch the enterprise that had been in his heart for so many years. In the spring of 1944, the congregation of Golden Gate Baptist Church authorized its deacons to meet with a committee from the First Southern Baptist Church of San Francisco to formulate plans to establish a theological seminary.

The combined committee met on Friday evening, March 31, to formally organize Golden Gate Baptist Theological Seminary. Six deacons from each church served as members of the first board of trustees, and a few weeks later three additional members were added as representatives of the Golden Gate Baptist Association.

The state charter was issued on July 24, 1944. Classes began September 4 in Golden Gate Baptist Church, finally fulfilling the 85-year-old dream of a theological institute to train men and women for ministry.

Hodges guided the school through that first year as its president and then stepped aside to let others more experienced in leading educational institutions assume leadership. In November 1945, the Southern Baptist General Convention of California gained ownership of the school and elected a new board of trustees.

The Move to the Berkeley Campus

Dr. Benjamin O. Herring succeeded Hodges as president in 1946. Although primarily an educator, Herring was successful in moving the Seminary to larger, more spacious quarters in nearby Berkeley. He also was instrumental in guiding the Southern Baptist Convention to accept ownership of the school in 1950.

Dr. Harold K. Graves from Oklahoma succeeded Herring as president in 1952. For the next quarter-century, Golden Gate would undergo dramatic changes to become one of the finest theological seminaries in the world.

Graves continued to expand the faculty and push for academic excellence while maintaining a warm-hearted biblical emphasis. He used the financial resources of the Southern Baptist Convention to lead in the acquisition of a new 148-acre campus site in Marin County. Moving the Seminary was a bold venture that would require the development and construction of all new facilities.

The beautiful park-like campus was opened in 1959, and classes were held for the first time on Strawberry Point—just 11 miles from where Harvey Gilbert attempted to begin a theological school 100 years before. Graves also led in the establishment of the seminary's first regional campus in Southern California. He continued to lead the Seminary until he retired and became president emeritus in 1977.

Dr. William M. Pinson Jr., pastor of the First Baptist Church of Wichita Falls, Texas, then became president. His five-year tenure saw the Seminary continue to expand its visibility. Pinson led in the establishment of the Seminary's regional campus in the Pacific Northwest. A steadily growing enrollment brought about the need for a new library and additional student housing at the Mill Valley Campus. They were completed before Pinson became executive director of the Baptist General Convention of Texas in 1982.

Dr. Franklin D. Pollard, pastor of the First Baptist Church of San Antonio, Texas, was inaugurated as the fifth president of Golden Gate in 1983. During his three-year administration, the Seminary experienced the largest enrollment gain in its history, a 20 percent increase in the fall of 1984 over the previous fall.

Pollard also led in a redevelopment of the Seminary master plan so more students could study at Golden Gate. He left in 1986 to become pastor of the First Baptist Church of Jackson, Miss.

Dr. William O. Crews Jr., became the sixth president of Golden Gate in December of 1986. He brought to the Seminary 20 years of ministry experience in the West, having served churches in Washington, Oregon and California. Active in the denomination, Crews had broad experience in Baptist life both on the state and national level. He led the Seminary to establish regional campuses in Phoenix, Ariz., and Denver, Colo.

Dr. Jeff Iorg assumed the presidency in the fall of 2004, after previously serving as a pastor in Missouri, Texas, and Oregon and as the executive director-treasurer of the Northwest Baptist Convention. He continues to lead the seminary to become a potent force in shaping Christian leaders for the churches of tomorrow and in helping Southern Baptists evangelize the West and the Pacific Rim.

During his tenure, the Seminary conducted the Partners for the Future Campaign (a successful strategy to raise $13 million from 2005-2010); established the eCampus - now Online Degree Program - (which offers fully-accredited, master’s-level courses 100 percent online); re-launched and re-formatted the Seminary’s electronic communication tools (website makeover including a blog and a bi-monthly e-newsletter). He facilitated the rebuilding of the playground on the Northern California Campus (NCC) and creation of wireless capabilities for the entire NCC academic facilities. He continues to lead the Seminary—while publishing books and articles and maintaining an extensive speaking ministry—with the mission to shape leaders who expand God's kingdom around the world.

In April 2014, the board of trustees voted to move the Seminary’s main campus from Mill Valley 400 miles south to Ontario, Calif. Iorg led the transition to a modern 150,000-square foot building near the Ontario International Airport, as well as a new campus that would serve the Bay Area in Fremont, Calif. In addition to remaining debt-free during the move, the Seminary remained entirely operational, saw no decrease in enrollment, and added $40 million to the institution’s endowment.

Since its founding, Gateway Seminary has expanded its influence beyond its vast 11-state region and has conferred degrees on more than 7,500 men and women who are now involved in strategic ministries all over the globe as pastors, missionaries, chaplains, educators, church staff and workers in fields of Christian service. Once a fledgling institution that began in a small church in Oakland, the vibrant Southern California Campus is now the nerve center for a seminary system that reflects its visionary heritage and looks forward to a bright future of Kingdom work training men and women to take the Gospel to the nations of the world.