The biblical biographies of Jesus describe that he came preaching, teaching and healing. That three-fold ministry is then passed to his church. So James writes, “is anyone sick? Let him call for the elders of the church…” (James 5:14). More broadly, scripture teaches that the Lord makes provision for healing and for containing pestilence. His desire is that “none of these diseases” come upon his people. Elements of the mosaic law and the office of the priest function to contain infectious disease from the community. (Ex. 15:26; Lev. 13:1-17) Despite these biblical instructions, the church has a mixed reputation in dealing with disease over the last 2000 years. Yet regularly, “plague saints” have arisen to set the bar high for christian response in health crises. 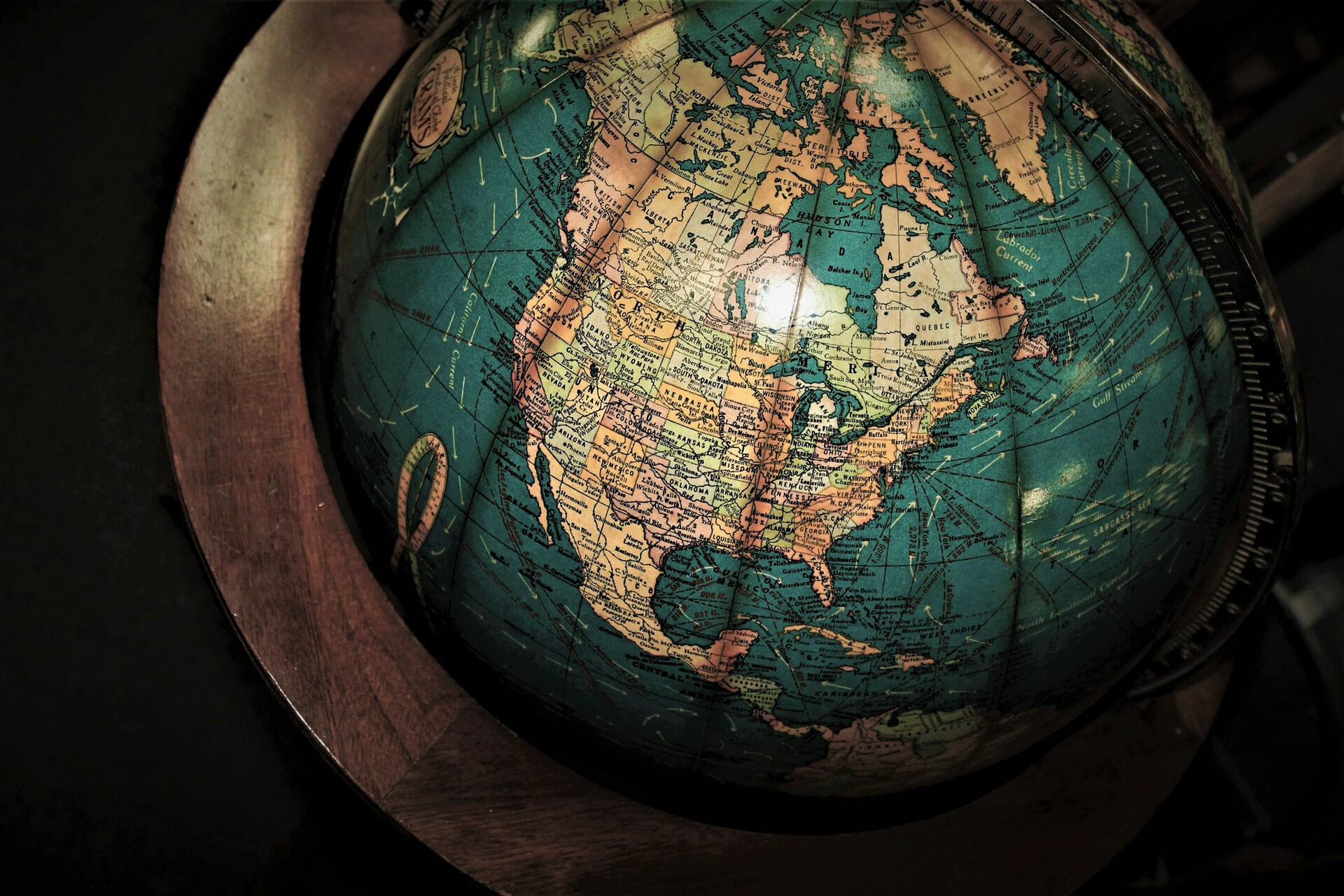 The gospel has guided Christian response to plagues for 2000 years. When plague ravaged Carthage in 250CE and Alexandria in 259CE, Christians in those cities risked their own lives to care for the sick and dying.[i] Bishop Eusebius of Caesarea, writing in the 4th century, tells about the unique response of Christians during the 3rd century pestilence during the reign of Emperor Maximinus Thrax 235-238 CE.[ii]

…the universal zeal and piety [of Christians] became manifest… For they alone in the midst of such ills showed their sympathy and humanity by their deeds. Every day some continued caring for and burying the dead, … others in one place collected those who were afflicted by the famine, throughout the entire city and gave bread to them all; so that the thing became noised abroad and they glorified the God of the Christians.” “Most of our brother Christians showed unbounded love and loyalty, never sparing themselves and thinking only of one another. Heedless of danger, they took charge of the sick, attending to their every need and ministering to them in Christ, and with them departed this life serenely happy; for they were infected by others with the disease, drawing on themselves the sickness of their neighbors and cheerfully accepting their pains. Many, in nursing and curing others, transferred their death to themselves and died in their stead…. The best of brothers lost their lives in this manner, a number of presbyters, deacons, and laymen winning high commendation so that death in this form, the result of great piety and strong faith, seems in every way the equal of martyrdom.

A century later, the pagan Emperor Julian wrote to Ascarius, high (pagan) priest of Galatia, “that the recent Christian growth was caused by their ‘moral character, even if pretended,’ and by their ‘benevolence toward strangers and care for the graves of the dead.’” In a letter to another priest he wrote, “The impious Galileans (Christians) support not only their poor, but ours as well, everyone can see that our people lack aid from us.” [iii] These observations motivated Julian initiate to institute pagan charities. “but for all that he urged pagan priests to match…Christian practices, there was little or no response because there were no doctrinal bases or traditional practices for them to build upon.[iv, v] Sociologist Rodney Stark concludes that the gracious response of Christians within the Roman Empire was a significant factor in the rapid growth of the Christian faith in its first 400 years.[vi]

When the bubonic plague followed famine in Milan, Italy, in the 16th century, Archbishop Charles Borromeo assumed governance of the care extended to the stricken and dying. When the regional governor and nobility fled the city, Borromeo issued guidelines to control the outbreak, organized makeshift hospitals, used his own fortune to feed the hungry and personally attended the sick.[vii] Borromeo lived the words of Christ: “…I was hungry and you gave me food, I was thirsty and you gave me drink, a stranger and you welcomed me, naked and you clothed me, ill and you cared for me, in prison and you visited me” (Matt. 25:35-36).

When plague struck Rome in 1591, the young Jesuit, Aloysius Gonzaga sought permission to serve in the hospitals. Papal permission was granted, but because of his nobility status and ongoing health issues, Gonzaga was assigned to a hospital for non-plague patients only. However, when one of the patients he lifted into bed actually did have the plague, Gonzaga became infected and died soon after at age 23.

With Bubonic Plague threatening Wittenberg in 1527, Martin Luther answered a friend’s letter on “Whether One May Flee.” (Spencer Weinrich calls this “Flight Theology”[viii]) “He shall be greatly to be blamed, which rashly casts himself and his into the danger of infection, when as the Apostle bearing witness, he is worse than an infidel, which has not so great care over his, as ... he ought to have.”[ix]

What applies to these two offices [pastor and magistrate] should also apply to persons who stand in a relationship of service or duty toward one another. A servant should not leave his master nor a maid her mistress except with the knowledge and permission of master or mistress. Again, a master should not desert his servant or a lady her maid unless suitable provision for their care has been made somewhere. ... Likewise, fathers and mothers are bound by God’s law to serve and help their children, and children their fathers and mothers. ... Yes, no one should dare leave his neighbor unless there are others who will take care of the sick in their stead.

On August 12, 1866, the renowned Baptist preacher, Charles Spurgeon, spoke on the perspective of Christian faith during the outbreak of Cholera in London.

It seems to me that this disease is to a great extent in our own hands, and that if all men would take scrupulous care as to cleanliness, and if better dwellings were provided for the poor, and if overcrowding were effectually prevented, and if the water-supply could be larger, and other sanitary improvements could be carried out, the disease, most probably, would not occur; … The gospel has no quarrel with ventilation, and the doctrines of grace have no dispute with chloride of lime. We preach repentance and faith, but we do not denounce whitewash; and much as we advocate holiness, we always have a good word for cleanliness and sobriety. We would promote with all our hearts that which may honour God, but we cannot neglect that which may bless our neighbours whom we desire to love even as ourselves…. It is admitted that it would be most foolish to neglect the appointed means of averting sickness; but sneer who may, we believe it to be equally an act of folly to forget that the hand of the Lord is in all this. The singular manner in which this disease seizes frequently upon unlikely persons, and turns aside from its expected path, should show us that there is an unseen hand which directs its gloomy circuit. Let the wise man work below, but fix his hope above; let him cleanse and purge away the hotbeds of death, but let him look up to the Lord and Giver of life for success in all his doings.[x]

Following the end of apartheid in South Africa in 1998, Baptist churches around Cape Town began to put up tent clinics next to their worship buildings for those ill and dying with AIDS and with nowhere else to receive care and treatment. Bestselling biographer, Eric Metaxas, writes, “Now as then, this power [for Christian service] confounds and confuses Christianity's critics. A recent article… acknowledged that many of the people fighting the Ebola epidemic in West Africa were missionaries. The writer, Brian Palmer, admitted that he ‘[didn't] feel good about missionary medicine, even though [he couldn't] fully articulate why.’ He knew that he shouldn't feel this way but he did. Ross Douthat of the New York Times suspects that Palmer's misgivings have something to do with the fact that the selflessness of the missionaries ‘unsettles’ his ‘secular and scientistic [sic] worldview. … ‘helping people is what governments and secular groups are supposed to do’ But that's not how it works. Palmer, like the Emperor Julian “the Apostate” in the late fourth century, is seeing that "the impious Galileans support not only their own poor but ours as well."[xi]

[vi] Rodney Stark, The Rise of Christianity: How the Obscure, Marginal Jesus Movement Became the Dominant Religious Force in the Western World in a Few Centuries (HarperCollins, 1997): 256,272.

A collection of resources for pastors and church leaders as they navigate the challenging circumstances brought on by COVID-19.