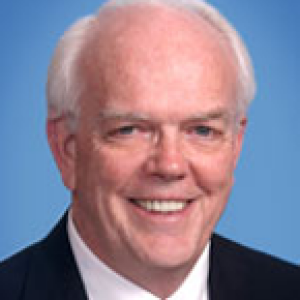 Dr. Richard Melick, Jr. has been at Gateway Seminary since 1996. Prior to that, he was president of the Criswell Center for Biblical Studies in Dallas. Dr. Melick has served at five other educational institutions during his teaching ministry, as a professor, Academic Vice President, and other administrative positions. Since 1986 he has also been a professor at the Evangelische Theologische Faculteit in Leuven, Belgium.

A former pastor of two churches and numerous interim pastorates, he is a frequent speaker for Bible conferences. Dr. Melick is also a recognized author having written four books, the latest co-authored with his wife, Dr. Shera Melick, Teaching that Transforms: Facilitating Life Change through Adult Bible Teaching. In addition, he has contributed to more than fifteen other volumes and numerous journal articles. He serves as a consulting editor for the New American Commentary and is author of the series' first volume Philippians, Colossians and Philemon. Dr. Melick also authored Called To Be Holy and was a translator of the Holman Christian Standard Bible. He served as co-editor and contributor to Authority and Interpretation: A Baptist Perspective, and is author of chapters included in Foundations for Biblical Interpretation: A Complete Library of Tools and Resources; Handbook of Contemporary Preaching; The Glory of God; John A. Broadus; and Southern Baptists and American Evangelicals: The Conversation Continues.

Dr. Melick has three children, all in Christian ministry, and seven grandchildren. His hobbies include golf and motorcycling.