After writing several books for leaders, my new book Shadow Christians, is for everyday believers who work outside the spotlight. Here is an excerpt to introduce you to this exciting project. 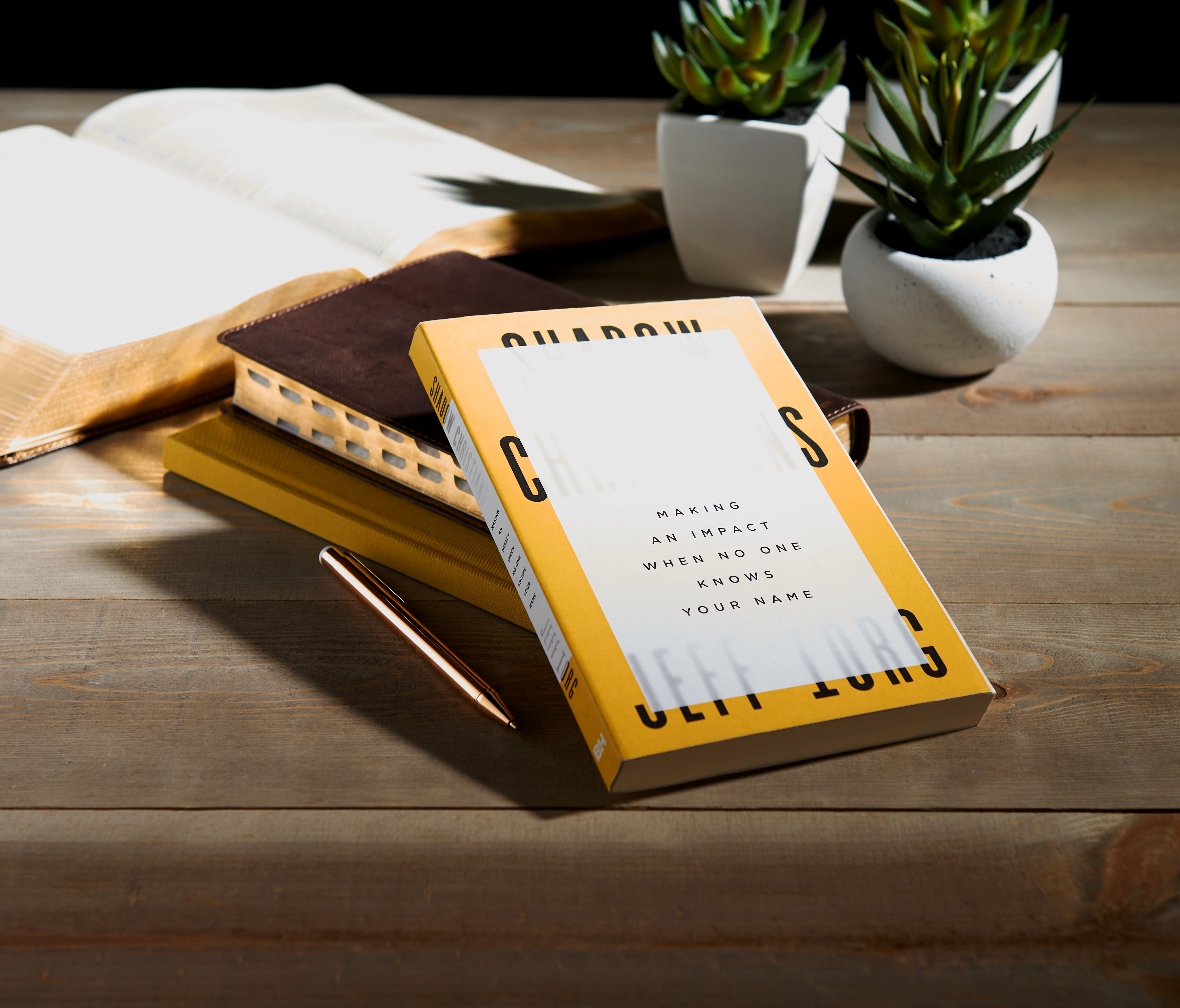 Not only did Jesus allow people to touch him, but he also touched people. By doing so, he demonstrated his desire for intimate contact with his followers. No person was too dirty or too diseased for Jesus. While he could have healed with a spoken word (or a blinked eye, wiggled ear, or pointed finger), he often touched people who needed healing. Two unnamed blind men approached Jesus and requested healing (Matt. 9:27–31). He asked if they believed he had the power to heal them. When they said yes, Jesus “touched their eyes” and “their eyes were opened” (Matt. 9:29–30). On another occasion, two other anonymous blind men were sitting by the road outside Jericho. When Jesus walked by, they called out, “Lord, have mercy on us” (Matt. 20:30). After being shushed by the crowd and repeating their cry three times, Jesus approached these men. “Jesus touched their eyes. Immediately they could see, and they followed him” (Matt. 20:34).

Near Bethsaida, Jesus met another nameless blind man he touched in an unusual way. “Spitting on his eyes and laying his hands on him, (Jesus) asked him, ‘Do you see anything?’ He looked up and said, ‘I see people—they look like trees walking.’ Again Jesus placed his hands on the man’s eyes. The man looked intently and his sight was restored and he saw everything clearly” (Mark 8:23b–25). Jesus touched not only the eyes of anonymous people but other body parts as well. On one occasion a deaf man who had difficulty speaking was brought to Jesus. “So he took him away from the crowd in private. After putting his fingers in the man’s ears and spitting, he touched his tongue” (Mark 7:33). Jesus prayed a simple prayer, “Be opened!” and “immediately his ears were opened, and his tongue was loosened, and he began to speak clearly” (Mark 7:34b–35). Jesus put his fingers in the man’s ears and then touched his tongue. Touched his tongue! These were intimate, personal acts.

When Jesus was being arrested, Peter cut off a servant’s ear. Jesus touched the bloody mess and healed the man (Luke 22:51). Since this book is about anonymous people and the servant got his name in one of the Gospels (Malchus, John 18:10), he probably shouldn’t be included. But a sliced-off ear! That’s just too dramatic to leave out. Jesus touches people—blind, deaf, mute, and bleeding from an ear stub. He wiped spit on people, got earwax on his fingers, and put a finger in someone’s mouth. You can’t get more personal than that.

Most people don’t mind being touched by an inner circle of family and friends who are emotionally close to them. My adult children hug me when they see me, and my grandchildren crawl all over me. It’s natural for families to do this. If strangers or even casual acquaintances tried this, however, it would be uncomfortable. Jesus touched anonymous people to show all of us we are welcome in his inner circle. Shadow Christians are invited there; special status is not needed. You are part of God’s family, and like the brother or sister you are, Jesus wants an intimate relationship with you.