Over the past few months, Christian unity (or the lack of it) has been at the forefront of my thinking. One particular verse has captivated me. In Colossians 3:15, the Bible mandates, “And let the peace of Christ, to which you were also called in one body, rule your hearts.” 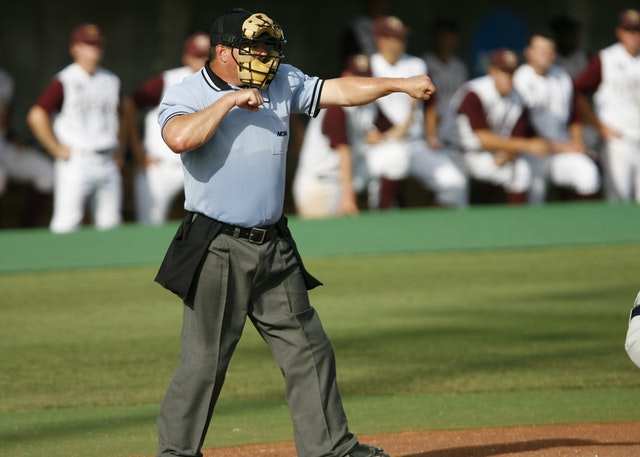 The word translated “rule” means determine the ruling or make the call. This umpiring allusion connects with me after 25 years of umpiring youth baseball. Umpires make calls and determine rulings. They know the rules of the game, but more importantly, understand the undergirding principles and philosophies which produce the rules. Good umpires use all those inputs to make the call. The best umpires in the world—the guys you see on television—do this instantly in front of millions of people. That takes preparation and discipline.

In light of this, Col. 3:15 might be paraphrased, “Let peace determine your decisions, particularly among believers, to reflect the peace you have in Jesus.” Let peace make the rulings; let peace make the call.

This begs the question, “does this mean peace at any price?” The biblical answer is clear—no. There are at least two broad categories of behavior which may lead to breaking the peace. The first is when a person denies a defining doctrine of the Christian faith. When that happens, the Bible indicates they must be confronted and, if necessary, removed from leadership or even expelled from church membership (for example, Gal. 2:11-14). The second is when a believer is engaged in blatant, habitual, unrepentant sinful behavior (for example, 1 Cor. 5:1-5). In this case as well, confrontation may lead to separation.

While these are instances when breaking the peace may be necessary, these are also infrequent problems in most churches and Christian organizations. Let’s be honest—most of the issues Christians argue about today are neither threats to the core doctrines defining our faith or examples of unrepentant sin. Most of what believers argue about today are political issues, social policies, and personal preferences. Our debates are more often fueled by our desire to be comfortable or enforce our cultural proclivities.

One factor producing disunity is the mistaken idea there is one Christian perspective on every contemporary issue. There are, to be sure, Christian perspectives (plural) on many (if not most) issues. But when we determine there is one and only one Christian position on every single issue, we create such narrow categories that fewer and fewer people can be in accord with us. We keep drawing our circle smaller and smaller, excluding more and more believers, until we are left with a sectarian huddle—not a fellowship reflecting the diversity entailed in the body motif used for the church (for example, 1 Cor. 12).

We can do more to promote unity. Like good umpires, this will require preparation and discipline. Rather than react to every issue, and every issue-driven believer, we must let peace make the call. To press the analogy one step further, when umpires do their job, they expect some flak from bystanders, outsiders, and armchair experts. Good umpires ignore all that, make the right call, and move the game along.

Right now, in very divisive circumstances, Christian leaders must have the same discipline and preparation to take up this challenge and “let the peace of Christ…rule your hearts.” Christian unity is more than an aspirational goal; it’s a biblical mandate we must do our part to fulfill.