Leading is tiring. The disciples had a full day with Jesus, culminating with what would turn out to be their final meal together. They had learned important lessons that day about serving humbly and avoiding bravado. They had learned Jesus’ death was imminent and were puzzled about what was about to unfold. It had been a long day—emotionally exhausting and spiritually depleting. They were ready for bed but Jesus had other plans and other needs. 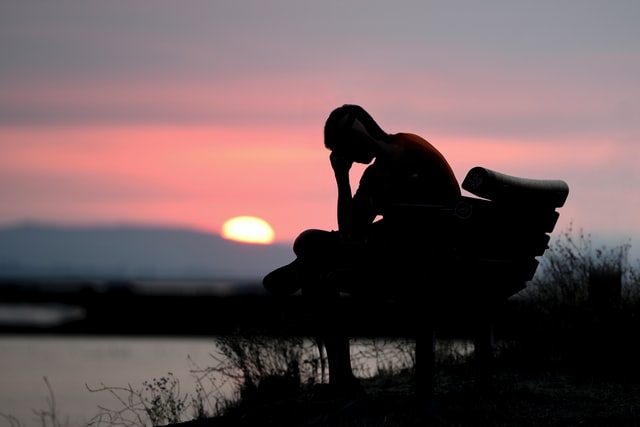 Jesus took the disciples to a garden in Gethsemane to pray. He left the larger group behind, taking Peter, James, and John with him a little farther. Jesus told them about the anguish he was feeling. He then asked them to wait while he slipped away to pray alone. The nearness of his death was closing in on him as he cried out, “My Father! If it is possible, let this cup pass from Me. Yet not as I will, but as you will.” Jesus then returned to Peter and found him sleeping (along with the others). He asked, “Couldn’t you stay awake with Me for one hour? Stay awake and pray, so that you won’t enter into temptation. The spirit is willing, but the flesh is weak.”

Jesus left again for private prayer. He returned to find Peter and the others asleep again. He left them alone and went back to his prayer place. Finally, he returned the third time and found them still sleeping. By that time, there was no need to awaken them. His betrayers had arrived and Jesus would soon be arrested. The passion events were now underway, moving inexorably to their inevitable, horrible end.

The repeated trips Jesus made back to the sleeping disciples are interesting details in the story. Jesus, facing death on the cross, longed for human companionship at his darkest hour. His communion with God was powerful—Son to Father in the purest form. Yet, it apparently didn’t fully satisfy his relational or spiritual needs. Jesus wanted his closest followers, his most trusted companions, with him as he prepared for the cross. His pathos-filled pleas to pray with him for even one hour reveal his desire for spiritual support and brotherly fellowship. The physical fatigue, relational insensitivity, and spiritual dullness of the disciples (even the inner circle of Peter, James, and John) all contributed to their sleeping through the darkest night of Jesus’ life. When he needed friends the most, they failed him on every count. When Jesus needed his companions to be most spiritually alert, they were asleep.

Jesus’ three-fold return to find Peter sleeping foreshadows and parallels Peter’s three-fold denial of Jesus the following day. When Peter denied Jesus, and heard the rooster crow, perhaps he thought of Jesus rousing him three times the previous night. Jesus needed Peter three times in the night and was neglected. He needed Peter three times the next day and was denied. How painful this must have been as Peter remembered these threesomes later in his life.

Peter failed Jesus at a crucial time for three reasons: physical fatigue, relational insensitivity, and spiritual dullness. Leaders must stay alert—responsive to God at work in and around us. Leaders must discipline themselves so they are at their best when leadership demands are the strongest. Take care of yourself so you have spiritual and emotional resources in reserve to meet intense, often unexpected, ministry demands.