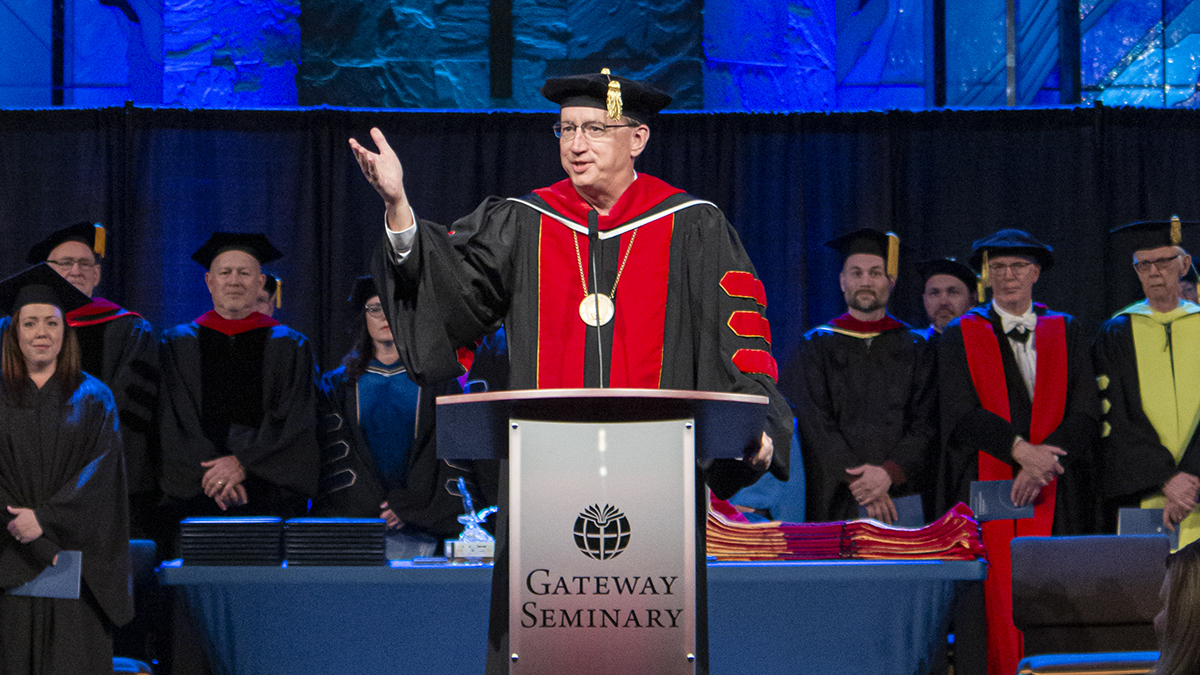 “People today are hurting physically, emotionally, socially and spiritually,” Iorg said. “Jesus’ power can change anyone, and you are the conduit through which it flows.”

Reading from Mark 1:40-45, Iorg recalled the story of the leper that illustrates Jesus’ ministry to hurting people. The fact the story is told in Matthew, Mark and Luke underscores its importance as a ministry model, he said.

“The man with leprosy was suffering physically with a skin disease. He was a social outcast, forced to live alone. He was also a religious pariah who could not attend a synagogue or go to the Temple. But Jesus was moved with compassion to connect with him — a deep inner stirring that motivated him to action.”

Iorg challenged graduates to move toward hurting people, to engage them relationally and to share the gospel with them. 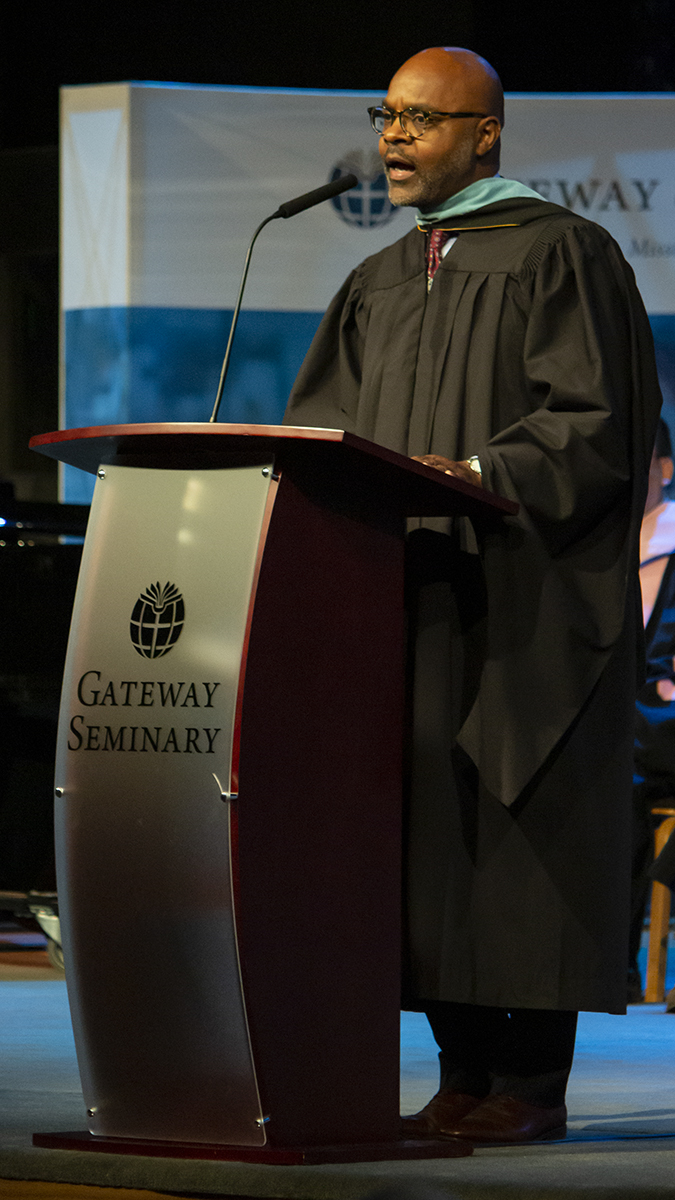 Gregory Perkins, lead pastor of The View Church in Menifee, Calif., received the William O. Crews Presidential Leadership Award and the LifeWay Award in Pastoral Leadership. Perkins was diagnosed with cancer in 2016 for the third time, having survived previous diagnoses in 2008 and 2011. While battling cancer and completing his seminary degree, his church has experienced remarkable growth and relocated to significantly larger facilities.

Perkins paid tribute to the seminary for supporting him through is personal struggles.

“Because of the ongoing chemo and radiation treatment I don’t have the best recall; I don’t have the mental precision I once had,” he said. “These faculty members paused, prayed with me, prayed for me, helped me, guided me. I stand here today not because of what I did, but what they did for me.”

Besides the ceremony in Ontario on May 17, graduation events across the West included ceremonies at the Pacific Northwest Campus on May 10, the Rocky Mountain Campus on May 11, the San Francisco Campus on May 18, and the Arizona Campus, scheduled for May 25.

All five of Gateway’s campuses are located in North American Mission Board Send cities, where churches serve 43 million people.