The presentation of the distinguished alumni awards to these leaders was “an opportunity to not only congratulate them, but to inspire others to follow their example to come up to their level of leadership,” Iorg said.

Gary Floyd earned the master of divinity from Gateway in 1981. He served as SBC Disaster Relief director in the Pacific Northwest for 26 years. “He not only served with distinction on the Northwest Baptist Convention staff... but also served in significant ways in national roles with disaster relief for the Southern Baptist Convention,” Iorg said.

“In 2019, upon his retirement, [Floyd] received the Laddie Adams Service Award, which is the highest award given annually to someone who's distinguished themselves for a lifetime of service in disaster relief.” 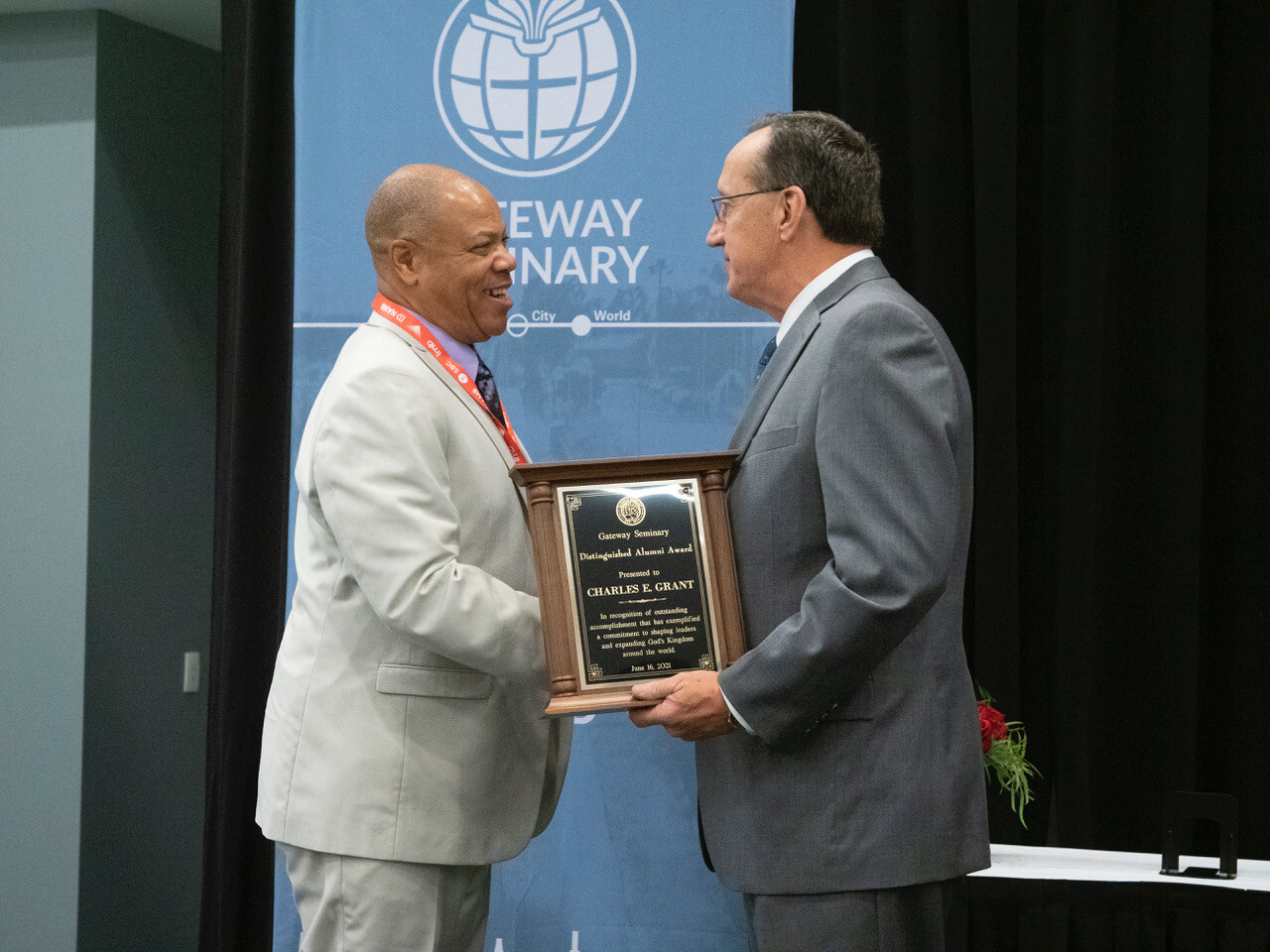 Charles Grant earned the master of divinity from Gateway in 1994. Grant planted New Life Baptist Church in Tampa Bay, Fla., in 1997 and served as senior pastor for ten years. From 2008 to 2020, he was a regional church partner for Lifeway. In 2020 he took a position as executive director for African American relations and mobilization for the executive committee of the SBC.

“We are honored that God has placed this gentleman in national leadership prominence for Southern Baptists and on behalf of Gateway Seminary,” Iorg said.

Mitch Martin earned the master of divinity in 1983 and the doctor of ministry from Gateway in 1994. He pastored churches in Oregon, Idaho, Washington, Nevada and Tennessee. In the Pacific Northwest, he worked as director of missions of the Golden Spike Association in Utah and as a missions and leadership consultant for the Utah-Idaho Southern Baptist Convention. At Lifeway, he was a bi-vocational ministry specialist for six years. He is currently the executive director of missions for the Mid-South Baptist Association in Memphis, Tenn., and is the founder and leader of the Century Associations Network, an organization that facilitates best practices for leaders or larger Baptist associations.

Additionally, Martin was president of the Northwest Baptist Convention when Iorg was appointed executive director of that convention.

“Mitch and I cut our teeth together in Baptist leadership; me as a young executive director and him as a young pastor serving as president of the [Northwest] convention,” Iorg said.

Following the distinguished alumni recognition, Iorg shared an encouraging update on the school with attendees. He said God has blessed the school through strong enrollment, finances and harmony among staff. Most importantly, the Seminary is strong because of its mission fidelity.

“These are good times at Gateway Seminary, for more than any other reason, because we are a unique movement, who come together around a mission,” he said.

“God has given us a riveted focus on what we do. And as long as we can stay with that focus, I think we can come here year after year after year and say the same thing: These are good, remarkable and amazing times, at Gateway Seminary.”