ONTARIO, Calif. -- Jeffrey Thomas Reed, professor of leadership formation at Gateway Seminary, died from complications due to kidney cancer the night of July 20, 2022.

Reed, who went by J.T., also served Gateway as associate director of the doctor of ministry (D.Min.) program. He was diagnosed with renal cell carcinoma 18 months ago. He began an aggressive treatment plan that included a significant neck surgery to relieve pressure on his spinal cord caused by a tumor. He was planning on retiring July 31, 2022, after seven years on faculty at Gateway. 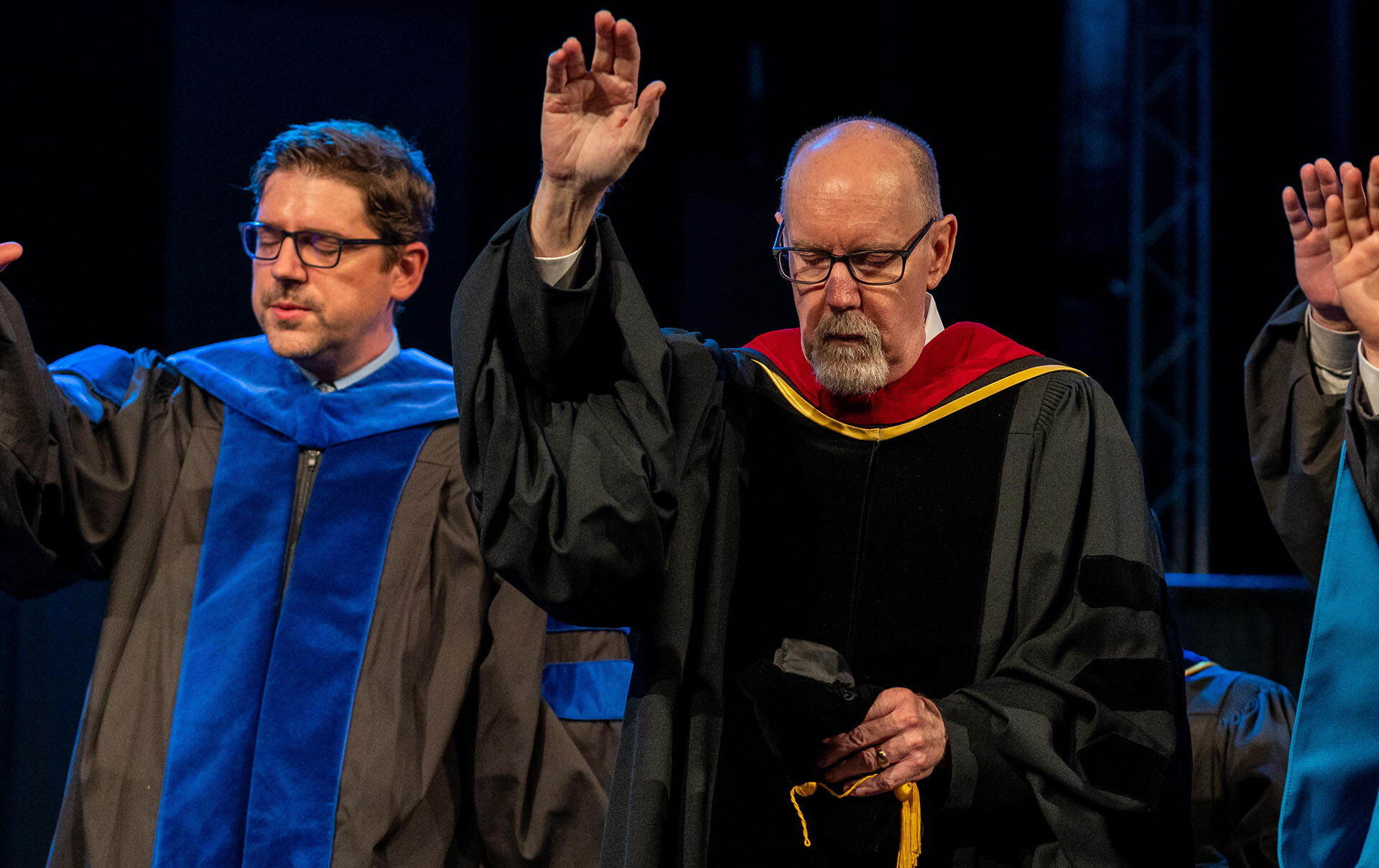 “Dr. Reed confronted his illness with a level of spiritual depth and maturity I found inspiring,” said Jeff Iorg, president of Gateway Seminary.

“It spoke to the reality of his faith and the steadfastness of his relationship with God. After his diagnosis, he told me he would continue doing what God had called him to do – despite the seriousness of his condition. JT fulfilled this calling with dignity, grace and strength.”

He was thrice a graduate of Gateway, having earned the Master of Divinity in 1985, the Doctor of Ministry in 1989, and the Master of Theology in 2004. Additionally, he earned a B.A. in religion at California Baptist University and an M.A. in behavior science and sociology of religion from California State University, Bakersfield. He received the William O. Crews Presidential Leadership Award, Gateway’s highest recognition for graduates, in 2004. In 2008, the California Baptist University Alumni Association recognized Reed with the Distinguished Service in Religion award.

“JT was a faithful, consistent, truthful, caring friend. In addition, he was an accomplished minister of the Gospel, who had a great impact on the people he served, and those he served beside,” said Jim Wilson, director of Gateway’s D.Min. program.

Reed was also involved with a number of Southern Baptist denominational bodies. He served as parliamentarian for the California Southern Baptist Convention from 2006-2017. He was on the board of trustees at California Baptist University and was chairman of the board 2009-2010. He also was an advisory council member for a seminary search committee that ultimately elected Jeff Iorg as president of Gateway in 2004.

Reed knew his illness was terminal and before he passed he participated as a guest on Dr. Iorg’s podcast. In the episode, Reed said, “we all live in a world of sin, sickness and death, and none of us are exempt.”

“I came to the conclusion,” he said, “that even if God had said, ‘Ok I’m going to give you 10 more years,’ I wouldn’t do anything different… I would simply continue my life: retire as planned and spend it with my family and live out the rest of my years in whatever ministry God gives me.”