Sagong, an international student and pastoral intern at a church plant, earned the master of divinity (M.Div.) degree. Iorg said Sagong embodies Gateway Seminary graduates from the first graduating class in 1949 to now. 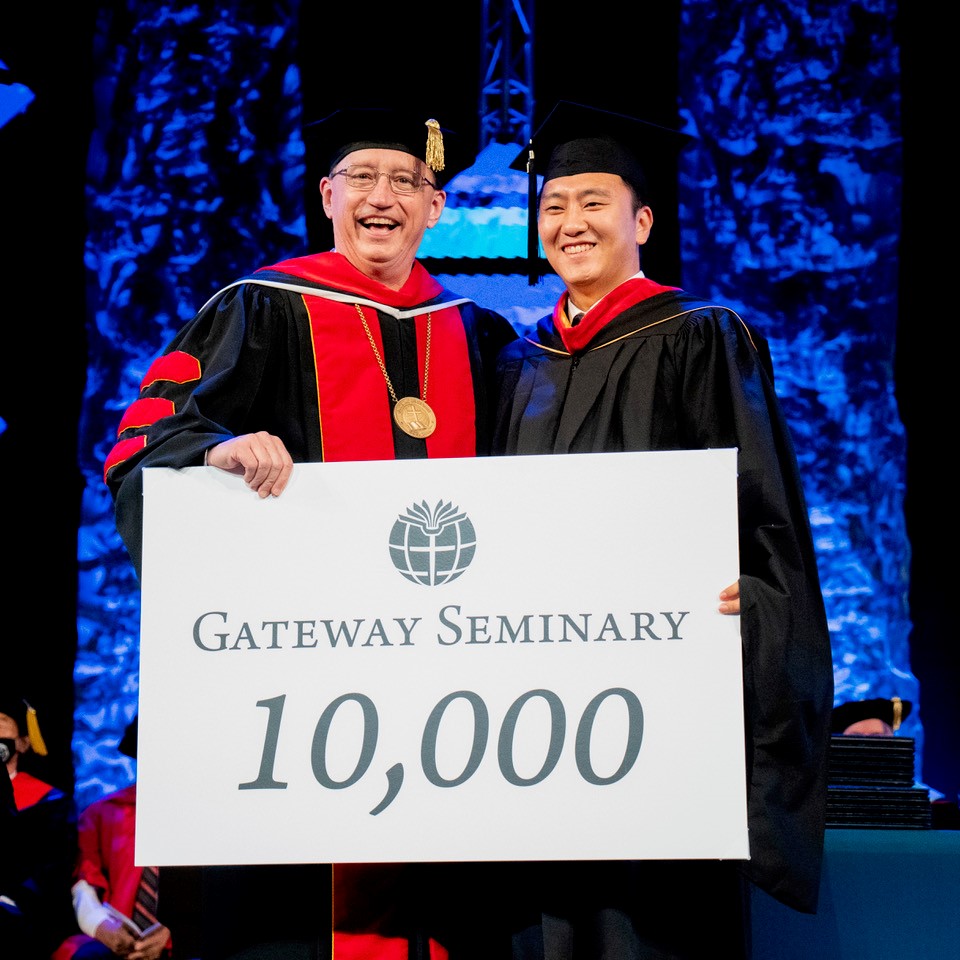 Following the recognition of graduates, including those who were unable to be recognized in 2020 due to pandemic-related event cancellations, Iorg addressed attendees with a sermon from Philippians.

Iorg encouraged graduates to “stride into” challenges in order to experience the joy Paul describes in Philippians 1:18-20.

“Two themes course through the book of Philippians: those themes are joy and hardship,” said Jeff Iorg.

“Joy for us is often found in the midst of hardship.”

Iorg reminded the gathered graduates and families that Paul wrote the letter to the Philippians from prison. Then he shared two spiritual resources Paul relied on that allow leaders to thrive in the midst of difficulty: the prayers of other believers and the presence of the Holy Spirit.

Iorg shared from his experience as a younger leader when he began serving as executive director of the Northwest Baptist Convention.

“I wrote a newspaper column and asked for people who were already praying for me to identify themselves and be assembled into something I called a prayer team,” he said.

“I did not ask people to pray for me. I wrote a letter to about 13,000 Southern Baptists across our region and said, ‘If you're already praying for me, would you identify yourself?’ And about 35 people wrote me back.”

One of the respondents was Cal Poncho Sr., a man in his late eighties who had prayed for Dr. Iorg since he had been announced as executive director. A few months later, Iorg was able to meet Poncho. “He stuck out a shaking hand and said I'm Cal Poncho Sr., and I wanted to meet the man I've been praying for every day,” Iorg said. 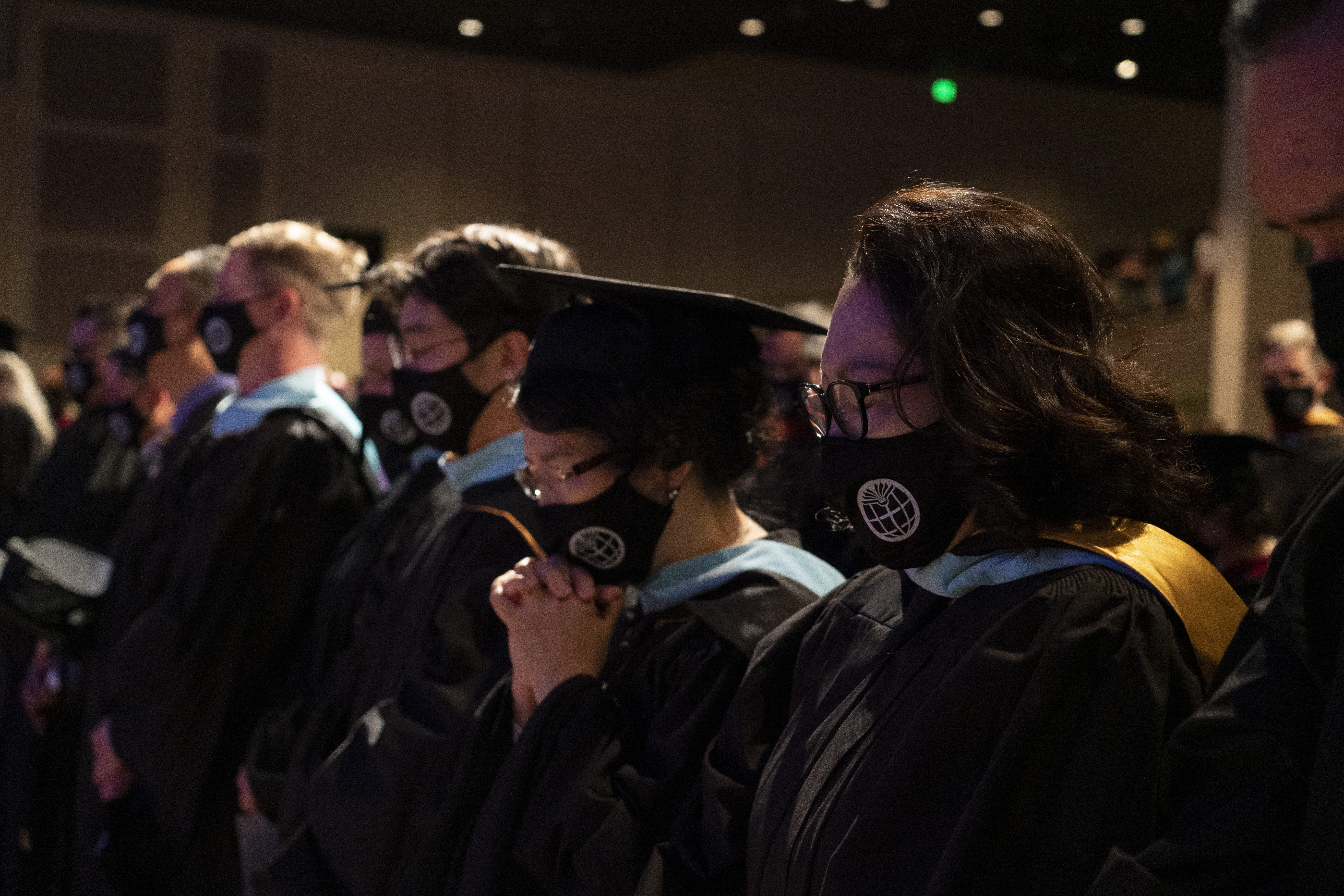 “Since 1995, without missing a month, I have written up a letter to my prayer team outlining personal needs and needs in my ministry, laying out my travel schedule and speaking calendar, and asking them to pray for me.”

“I have been sustained by the power of fellow believers and I challenge every one of you leaders here tonight to find some people who are already praying for you and create your own prayer team.”

Iorg then encouraged graduates to trust the Holy Spirit to bolster them in trying times.

“The Holy Spirit will sustain your ministry; working through you and around you to accomplish more than you ever imagined could be done in your own strength,” Iorg said.

“Paul said we thrive in difficulty when we hold our head up, stick our chin out and speak up in the moment. I'm challenging you as leaders to take the wheel when trouble comes.”

Iorg then told graduates joy ultimately comes from having an eternal perspective on the work God has called them to.

“It's easy to fall into the trap of thinking we're all going to live when difficulty comes,” Iorg said.

“God is not obligated to deliver you from trouble in this life. But an eternal perspective says whether I am delivered or not, if the kingdom of God is advancing, I have done the right thing.”