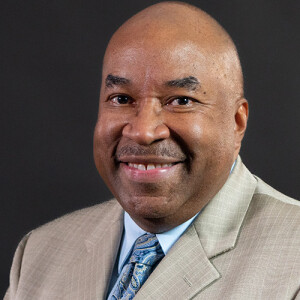 Associate Director of the Doctor of Ministry Program | Associate Professor of Leadership Formationcliffjenkins@gs.edu

Dr. Cliff Jenkins is the associate director of Gateway’s Doctor of Ministry program and associate professor of leadership formation. He is a native of Philadelphia, Pennsylvania but has spent most of his adult life in Pittsburgh, Pennsylvania. Throughout his ministry career, Dr. Jenkins has served in various leadership capacities including pastor, interim pastor and church planter.

In 2011, Dr. Jenkins transitioned into a new phase of ministry, becoming an endorsed missionary with the North American Mission Board (NAMB). He served as a church planting catalyst, helping leaders start new church works in areas of need. This led to Dr. Jenkins being promoted in 2017 to State Director of Missions for NAMB and the Baptist Convention of Pennsylvania / South Jersey (Baptist Resource Network). During this time, he also completed a successful twenty-five-year career, as a commercial underwriter for three insurance companies: Aetna, Travelers and Zurich.

Dr. Jenkins advocates for racial unity within the body of Christ and consults leaders through his company, Onyx Ministries, to establish multiethnic churches. He is passionate about equipping men and women to grow in their relationship with God and become leaders through discipleship and academic development.

Cliff and his wife Michelle have two grown children, and one son-in-love. Christopher teaches at Expect Excellence in Orange Beach, Alabama and leads contemporary worship for First Baptist Gulf Shores, Alabama. Stephanie has a career in the coroner’s office in Pittsburgh, Pennsylvania and lives with her husband, Patrick, who is a USPS carrier. Cliff enjoys football, cooking and auto racing.