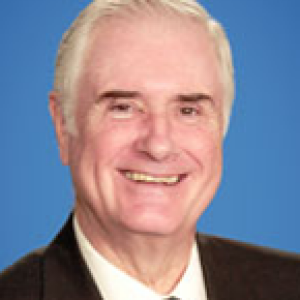 Dr. David M. McCormick was one of the founders of Gateway's Arizona campus, and was its director from 1995 until he moved to Southern California in 1999. June 1st of 2010 Dr. McCormick retired from pastoring ACTS International Christian Fellowship, the church he began with his wife, Deana and a small group of believers in Romoland, CA in 2003. He returns to the Northern California campus for the academic year, 2010-11.

Dr. McCormick’s primary ministry efforts have been in the area of theological education and the pastorate. Appointed as International Mission Board missionaries in 1974, the McCormicks were sent to Hong Kong where Dr. McCormick taught Pastoral Care and Counseling at the Hong Kong Baptist Seminary. Following Chinese language instruction, they spent the years from 1975 to 1995 serving in the seminary, developing chaplaincy in government hospitals, and pastoring several churches. In 1995 Golden Gate Seminary invited the McCormicks to open the Arizona Campus. Four years later, Dr. McCormick transferred to the NCC to become the Cecil G. Osborne Professor of Pastoral Care and Counseling, where he served until retirement in 2006.

The McCormicks have two adult children actively serving the Lord and nine grandchildren. Gardening and reading are two favored activities.