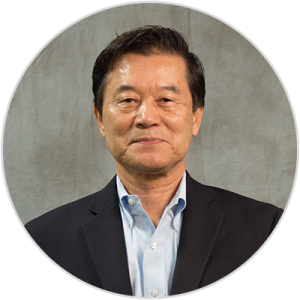 Senior Professor of Ministry Leadership | Special Assistant to the President for Korean Programsdavidgill@gs.edu

Dr. David Gill is a native of South Korea. He became a Christian in his high school years in Seoul, Korea through an American Missionary. He explains that the name David was given by the missionary and he wanted to become like the missionary.

After receiving his B.A in Korea, he came to Golden Gate Baptist Theological Seminary where he received his Master of Divinity and Master of Arts in Christian Education. He also earned his Doctor of Ministry degree from San Francisco Theological Seminary in San Anselmo, CA. His research work was “Ministry for the Second Generation of Koreans in the U.S.”

David, Ann and their son, John, have all graduated from Golden Gate Seminary, and he affectionately declares that “Golden Gate is the best seminary in the world.”

His vision as the Director of the Korean-English Bilingual Program is to mobilize the Korean Diaspora, building strong leaders for the Kingdom through the Golden Gate system. David and Ann have two children and two grandsons.